With love from Mabel Madison - a blog tour for Valentine's Day!

Two posts in one week! I'm back with another blog tour that was too cool to pass up - and this time, my sweet boy got a new outfit from the project. 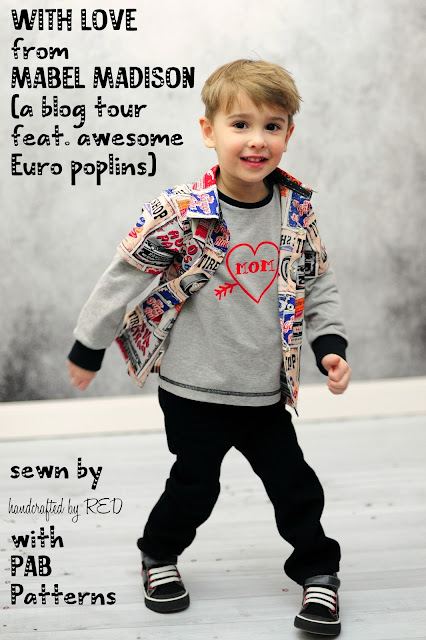 I've been a huge fan of Mabel Madison since they opened shop, and have used their awesome Euro fabrics for a variety of projects. I love that Emily stocks prints that are great for adult clothing, since I find that's a bit harder to come by than the more juvenile prints and colors. I've also ordered a few different Stenzo poplins for my little guy, and I've ordered this particular one (in both colorways) several times. I'm hoarding it, people. It's A's all-time fave, and I love that I can use small patches to embellish other clothes (even RTW tees for a super quick project). 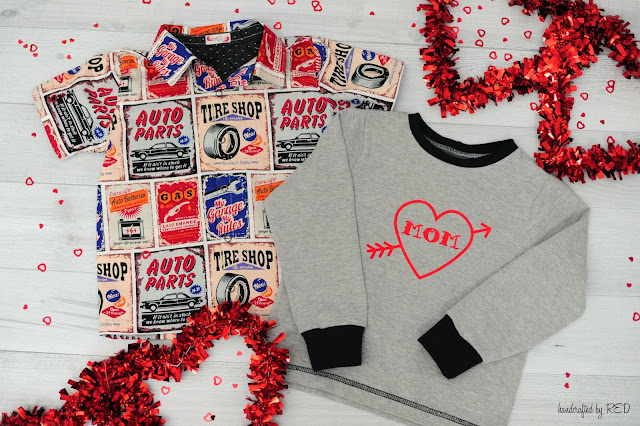 For this tour, I really wanted to make an oxford shirt for him, and I used Kelly's tutorial for modifying it to be more of a camp shirt style. How's this a V-day ensemble? Well, it honors two of my little guy's loves: cars and his mom. (He loves lots of other stuff too, but they can write about it on their own blogs. And design their own self-promoting vinyl. Ha,) Two years ago for Valentine's Day, I made a freezer-paper stencil of this design, and painted it onto the sleeve of a raglan tee for him, like a bicep tattoo. He wore the heck out of that shirt, and I've been meaning to do something similar again. 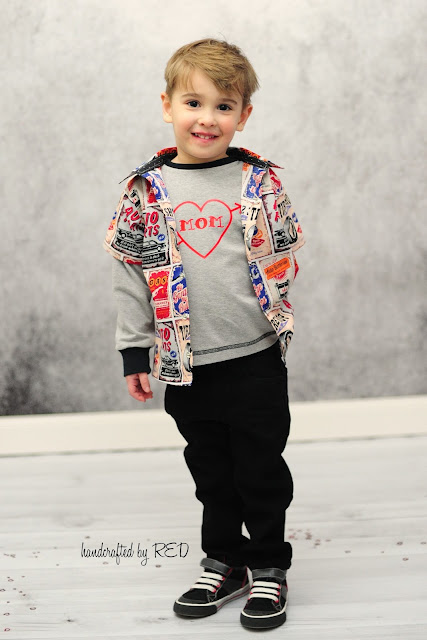 Look at that face. Such a mama's boy, and I love it. 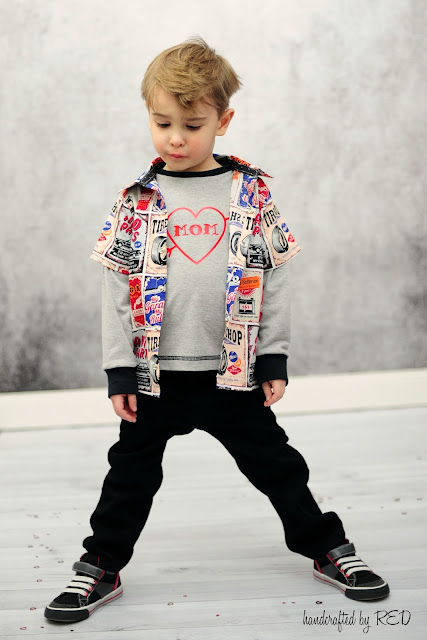 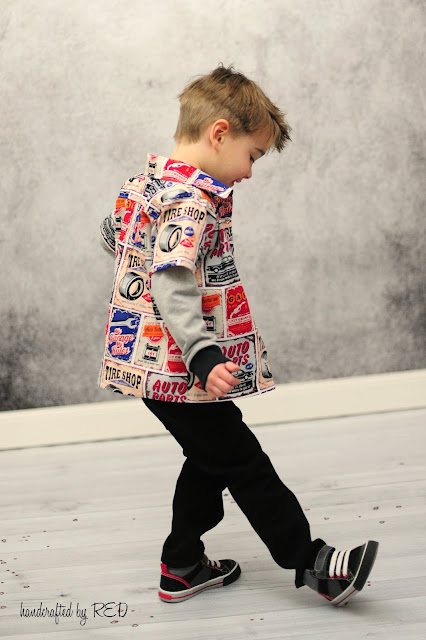 He's also a total ham these days, and I knew he'd be willing to take a nearly infinite number of pics if I made a shirt for him with his favorite fabric. This poplin was seriously a perfect match for the oxford. I used the Classic Oxford from Peekaboo Patterns, which has become a staple in my pattern stash. I used Kelly's modifications to the hem and the collar stand, and used snaps instead of buttons on the placket. The fabric was a dream to sew - it holds its shape so well, and still has just a hint of stretch that makes it a cinch to ease in those sleeves. 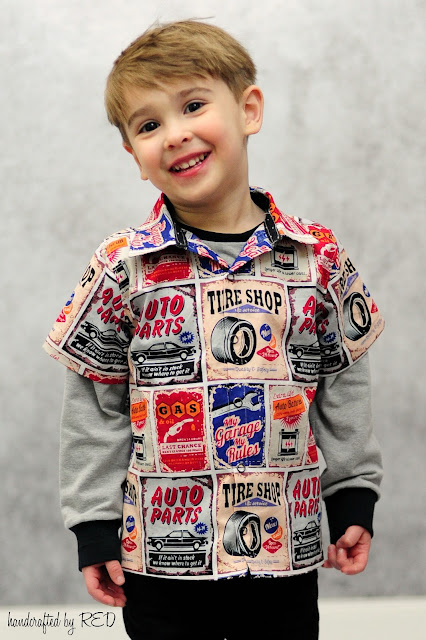 I'm not always known for the same level of attention to detail as some of my sewing friends and inspirations, but can I brag for a minute about the pattern matching on the placket??! (Might not repeat that feat anytime soon.) 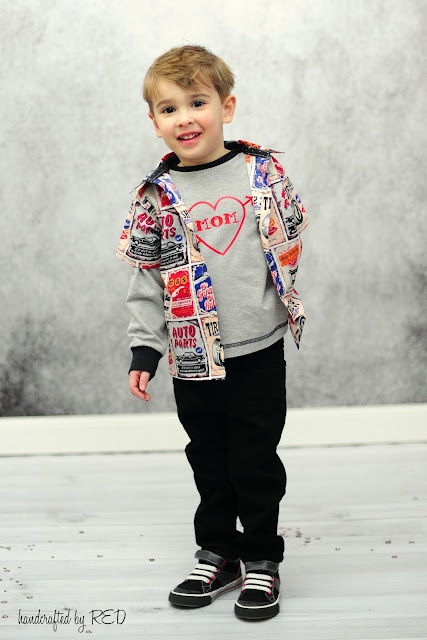 His t-shirt is a Classic Ringer (also from Peekaboo) sewn from cotton/lycra (purchased locally), reverse coverstitched for the hem detail, and vinyl-fied with HTV (heat transfer vinyl). 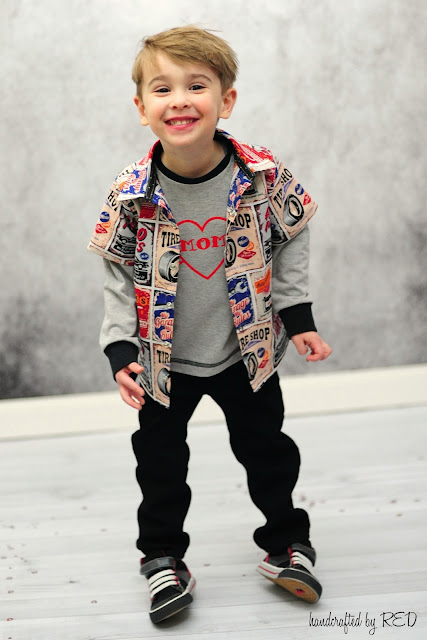 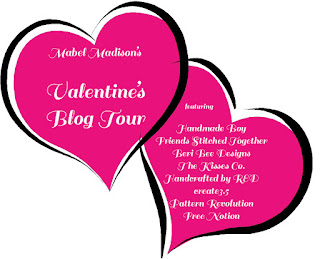 Be sure to check out all the awesome series participants to get lots of inspiration!
Handmade Boy | Friends Stitched Together | Beri Bee Designs | The Kisses Co
Handcrafted by RED | create3.5 | Pattern Revolution
Free Notion | Mabel Madison

Posted by HandcraftedbyRED at 5:35 AM