Well, it's no secret that I'm a huge fan of Peekaboo Patterns, and the Boardwalk Hoodie and Henley is one of my all-time faves. I love patterns that are unisex (this actually has a tee and a dress version along with both neckline options) and the hood is the perfect size to mash with other patterns (like the Grand Slam tee). When I saw that Frances Suzanne's Flip this Pattern was going to be taking on the Boardwalk, I knew I had to join in.

For my first flip, I made a fleece jacket for my cutie pie nephew, E. I had made a similar one last year when he was tiny, and my sister said it was great for keeping him warm in the carseat and for quick trips around town. Because the Boardwalk pattern has a nice amount of ease, it lends itself well to becoming a jacket - plenty of room in the arms and just enough room for a light layer underneath without having to upsize. 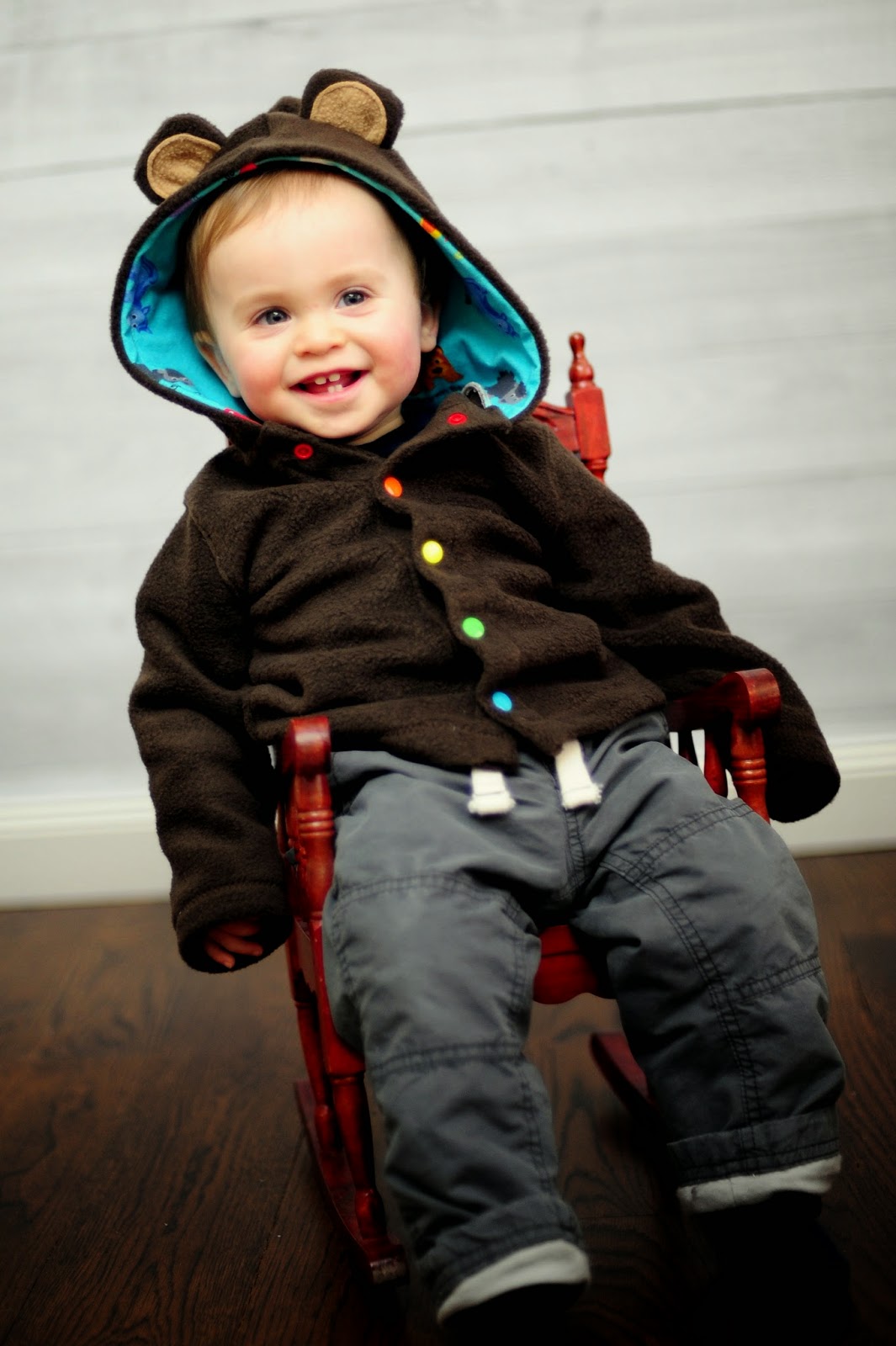 To make it a jacket, I joined the pattern pieces for the top and bottom bodices so I had a single front pattern piece (instead of a separate top and bottom as in the original colorblocked version) and one for the back. I extended the placket from the top of the front bodice piece all the way down to the bottom, and widened it just a tad. I cut two mirror images for the front so I had a left and a right, and cut the back on the fold as in the pattern. The ears were self-drafted and sewn into the outer hood layer before joining the hood to the lining. I put a strip of interfacing into each side of the placket to support the snaps, and used KAM snaps for a pop of color. And that was it! A few small changes to bring about a whole new look for the Boardwalk. :)

Read on for how I flipped the Boardwalk for Miss P, too!
Posted by HandcraftedbyRED at 6:53 PM