"Have a Ball" from LLK - how to make sure your ball isn't an egg! 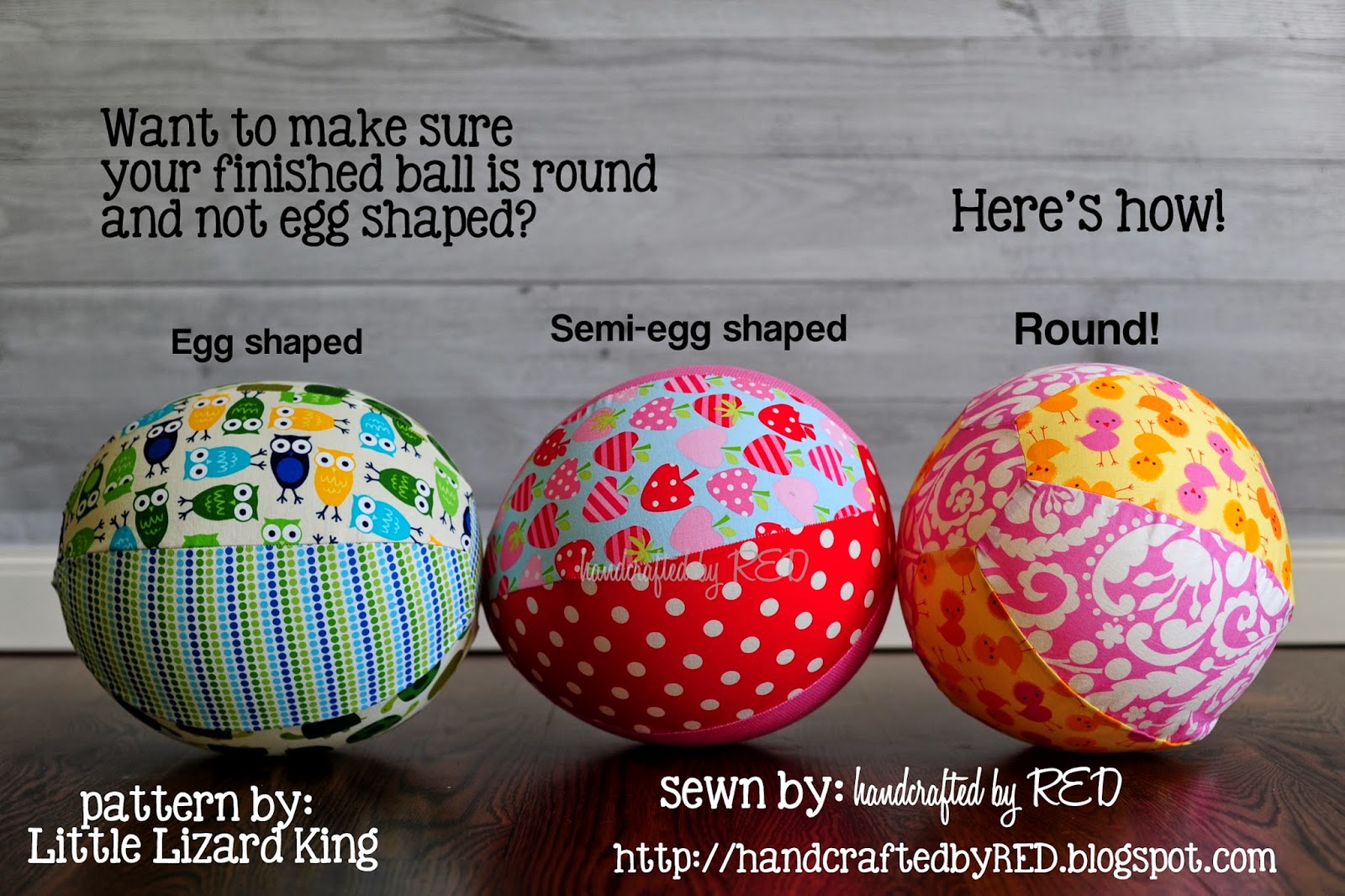 So, I have a confession to make. I joined the FB group for Little Lizard King awhile back, having sewn a few of Liz's patterns, and bought the Have a Ball pattern as soon as it was released. It is such a cute idea - although my husband said (and I quote), "Now even balloons have to have handmade clothes, too, Rachel?!" But I made one, and it came out great. Not perfect, but nice and plump and ROUND. A number of people had commented on the LLK page that their products were looking a bit...egg shaped. It was disappointing, for sure. But no, my very first try was round as could be.

So I'll admit, I gloated a little and then set about making 7 more the next night. (To be fair, we were going to a party that weekend and I wanted to bring them for all of the kids who would be there, despite my husband's pleas to "just bring a bag of balloons! Or dessert!") I started inflating balloons and ended up with 5 nice round ones, 1 that was semi-egg shaped, and one that was downright eggy. Well. That deflated me a bit. (Ha.)

I looked at them a bit more closely, and examined my scraps for a bit, and I think I've figured it out. The pattern pieces have a clear orientation and an arrow depicting which way the grain of the fabric should be on the piece. Even though we're working with wovens here and not knits, the cotton still has a slight stretch to it. Generally the fabric stretches horizontally, or from selvage to selvage.

There is a clear arrow on the pattern pieces indicating which way the fabric should be oriented with regard to the grain, so make sure to follow it for a rounder product. I was working with a few small cuts and scrap pieces, and trying to squeeze as many panels out of those pieces as I could, so I turned the fabric a few times and cut however the pattern piece would fit - which is how I ended up with several pieces being cut with the wrong orientation. I didn't think much of it when cutting, to be honest, since my prints were non-directional (like the red and white polka dots in the middle example above) - but the results made it pretty clear. I've since made sure to orient the fabric and pattern pieces properly, and haven't had any eggs again - except for breakfast. ;)

P.S. My husband still thinks these balls are a little silly, but everyone we've given them to has really enjoyed them. And my own kids play with them pretty much daily - even the eggy ones, which are of course ours now too. You can find the pattern for sale here: http://littlelizardking.com/home/103-have-a-ball.html
Posted by HandcraftedbyRED at 6:30 PM